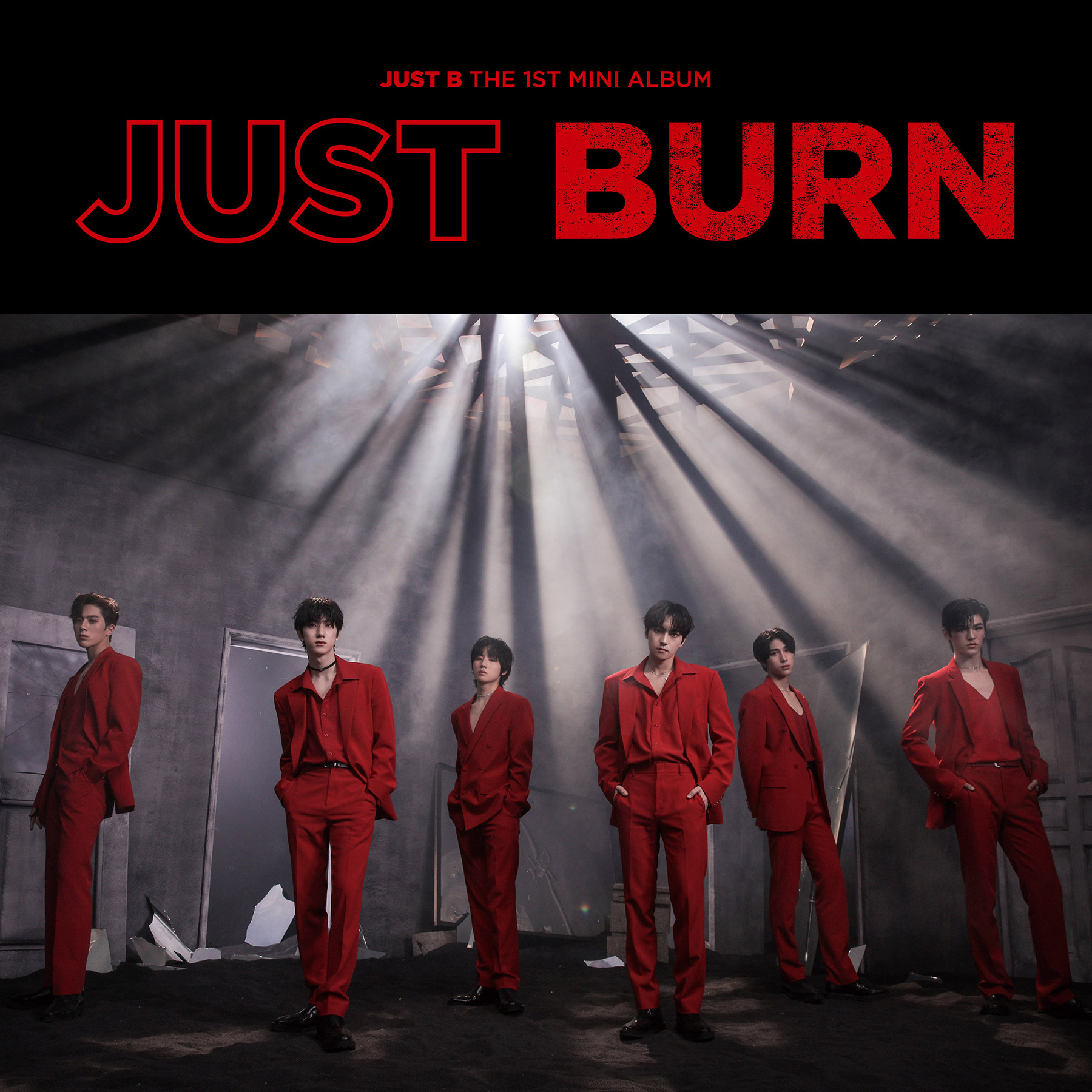 A new 6-member boy band, JUST B, will keep this summer hot with their debut mini-album [JUST BURN].

The debut album was titled [JUST BURN] to represent JUST B’s burning passion. The outcry of the people who are determined to escape from the world of chaos and pain can be seen and heard in their music, music video, and official photos, making the theme evident to its audience.

The title song, “DAMAGE,” is about fighting against pain and darkness without giving up in a world where the light is fading. The vocal lead with heavy bass and trendy synth makes the song catchy. B.A.P’s BANG YONGGUK contributed to producing, composing, and writing the lyrics of the song, enhancing the quality of it.

The music video and the choreography shine a light on the message of the title song as well. The choreography expresses a person’s struggle to be set free from an evil being that possesses him. Additionally, the music video takes place in a monitored world, and individuals are denied the ability to control their own emotions. It depicts the protagonist’s journey towards freedom and taking a bold step forward into a new future, much like JUST B.

“Get Away” is the first track on the album, and another gift from BANG YONGGUK to JUST B. BANG YONGGUK contributed to producing and creating the music as well as writing the lyrics of the song. JUST B’s member, Bain contributed to the song “My Way” which is an EDM with a twist of hip-hop. Other songs in the album include “Double Dare” with various instruments and a groovy tune called “Deja Vu”.

The theme of JUST B’s debut album [JUST BURN] is clear - yearn for a new world and a burning passion. This album will undoubtedly ignite the hottest flame this summer in the industry, and it will serve as a bold declaration of the arrival of a new boy band. We will continue to keep our eyes on JUST B and their bright future.