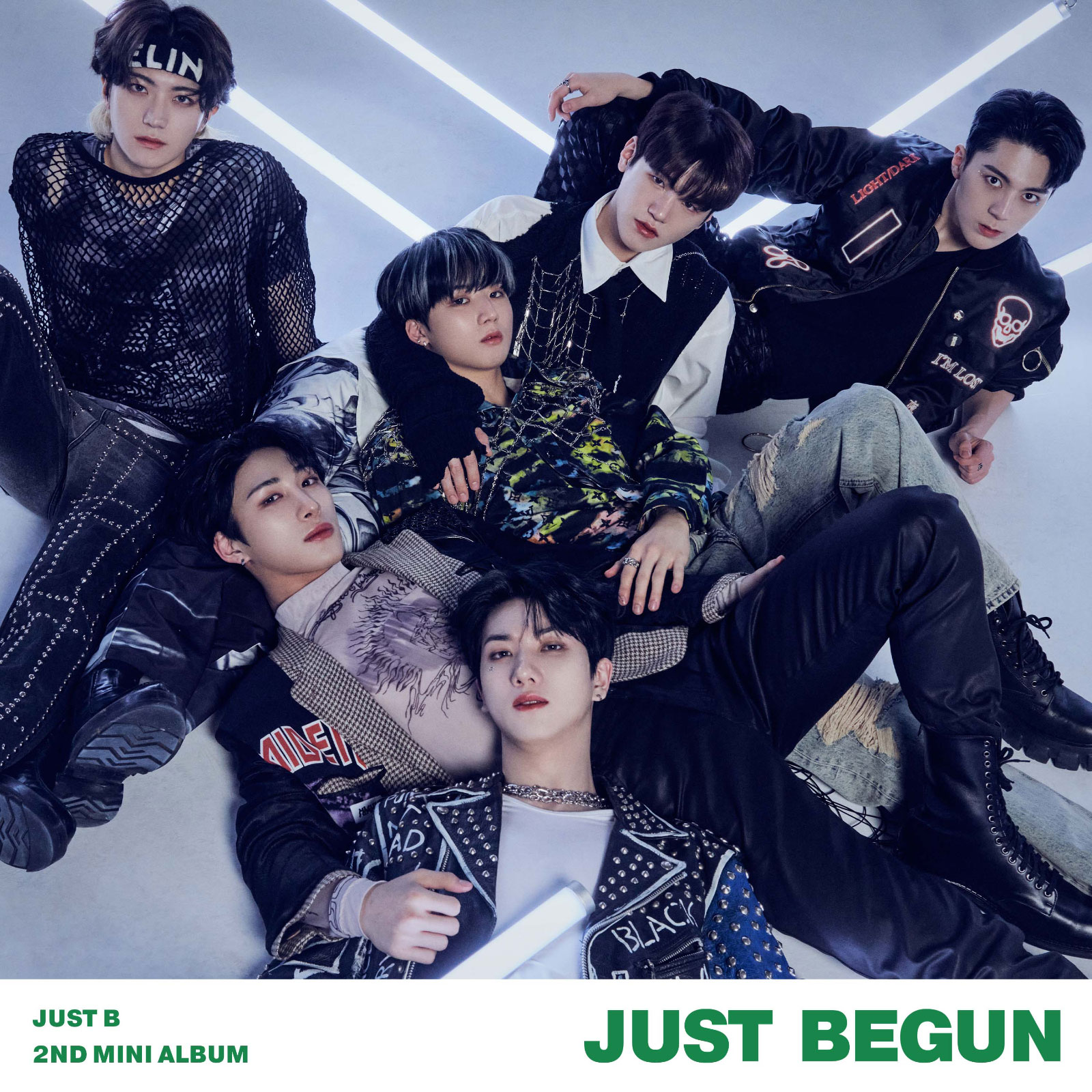 JUST B, a six-member boy band that captivated the crowd with a solid story and spectacular performances every time they dropped an album, is returning with their second mini-album, “JUST BEGUN”, in April 2022.

In June 2021, JUST B made their presence felt in the music industry as they debuted with explosive passion and vigor. The common keyword throughout their albums has been “RAGE”. While the previous albums “JUST BURN” and “JUST BEAT” embodied their passion for overcoming the growing internal and external rage, with “JUST BEGUN”, they have freed themselves from the rage and are capable of expressing themselves. They are now ready to deliver a message about a hopeful future.

The second mini-album “JUST BEGUN” portrays the new beginnings of the six boys as it brings the “RAGE” series to a close, and in doing so, it presents new charms that couldn’t be seen in JUST B’s existing concepts and music. PRISMFILTER, a music publishing group made up of Korea’s top producers and songwriters who have worked with artists like NU'EST, SEVENTEEN, Sik-K, and IZ*ONE, has taken on the production of the entire album, which is another reason to look forward to the quality and the message of the album. It’s also worth mentioning that choreographer Mihawk Back, who has worked with BoA, TVXQ, EXO, SEVENTEEN, and more, pitched in his talent. Working with a production crew that has built up a solid reputation in the K-POP scene for collaborating with various artists, JUST B was able to display a broader spectrum in terms of music and performance in their new album.

The title track, “RE=LOAD”, captures JUST B’s aspiration to deliver a message of a new beginning and hope. It is an entrancing and addictive song that combines synth sounds and future bass. The harmony of low-key rapping and gripping vocals makes the song all the more pleasurable. The powerful yet trendy choreography that is reminiscent of a typhoon demonstrates JUST B’s aspiration and passion.

The music video of “RE=LOAD” solidifies JUST B’s worldview. In “DAMAGE” and “TICK TOCK”, they took the first steps towards escaping from the control of their internal and external rage. Now, in “RE=LOAD”, JUST B moves towards a new change. While still using some of the existing elements like the red pills, the music video introduces new elements such as freesias, scarves, and white butterflies, as well as a background that encompasses space and time, which help connect it to the story and meaning of the previous music videos. The combination of JUST B’s music, performance, and story in the music video will make you infatuated.

The five tracks contained in the upcoming album mark the culmination of the RAGE trilogy and further strengthen the storyline. The album has a solid beginning and end: the first track, “DASH!”, shows their energy as they stand on a new starting line and get ready to run. The last track, “Lights On”, is a mellow and emotional R&B pop song that expresses their gratitude and love for the fans who have been by their side. Tracks 3 and 4, “Make It New” and “Don’t Go Back”, feature attractive pop sounds and convey the feelings of confidence, confusion, and agony they experience as they step into a new world.

From the intro track, “DASH!”, to the last track, “Lights On”, JUST B have liberated themselves from the oppression and control they encountered in the previous albums and are instead filled with strong energy, joy, and aspiration as they embrace a new world. Reading the lyrics of all of the songs promises to be an enjoyable experience, as they depict various emotions, including gratitude and love to everyone who has accompanied them on the journey.

With each album they released, JUST B have been versatile in their way of conveying various messages. As can be seen from the word “BEGUN”, their upcoming album signifies that they have begun to express the rage they discovered in the past, and at the same time, it heralds a new beginning. In 2022, under the powerful slogan of “JUST BEGUN”, they have already begun to give it their all to become an icon.