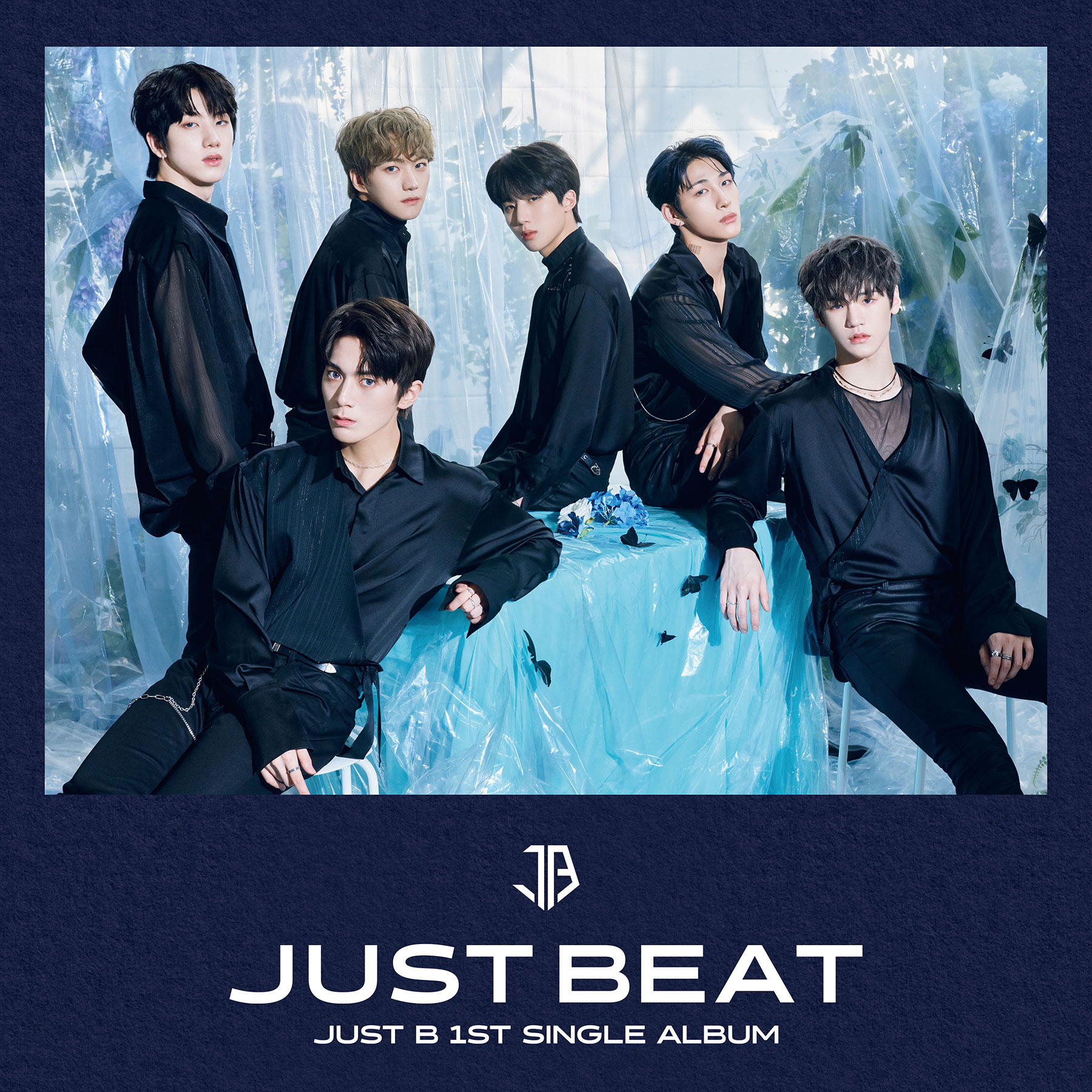 Six-member rookie boy group JUST B that swept last summer are coming back with their first single album, [JUST BEAT].

Just as numerous meanings can be attached to the group name’s initial, ‘B’ JUST B made their debut with the ambition to show a variety of colors. While their debut album, [JUST BURN], symbolized their red flame of passion, their upcoming album, [JUST BEAT], portrays another side of JUST B’s passion through an even hotter blue flame.

The title track, ‘TICK TOCK’ talks about one’s determination to burn up even more to conquer the inner rage that is becoming more intense. It is a pop dance song that features trap beats in the first half, a lyrical middle part, and Glitch Sound in the second half. The song’s diverse musical colors and vibrant sounds are quite impressive. The repeated lyrics, ‘TICK TOCK’ which depict the ticking of the clock, are accompanied by a highly addictive melody.

The music video of ‘TICK TOCK’ not only exhibits the inner worlds of the individual members by showing how they try to escape from various simulations but also incorporates the theme of ‘escape’ in continuation with the music video of ‘DAMAGE’.

Just as the music video of ‘DAMAGE’ showcased special props like the numbers on the members jerseys and pills, new elements, such as a black butterfly, masks, and a password code, in the music video of ‘TICK TOCK’ serve as a new spectacle that arouses the curiosity of the viewers. The solid storyline that encompasses a single theme makes us anticipate the group’s future activities.

The message of the title track extends to its choreography: The members, who are torn between good and evil, experience a time slip and set out on a journey to search for their true selves without being carried away by their emotions.

The overarching concept of the album [JUST BEAT] is the control over one’s inner feelings (‘pulse’), and the two B-side tracks offer a glimpse into this theme.

Track no. 2, ‘Vindicated’ is a hip-hop/dance song that features a harmony of addictive synth loop, dynamic 808 bass, and elaborate drum beats. The lyrics convey the dedication to find a spark of hope amidst the widespread despair.

Track no. 3, ‘Try’ is a hip-hop/R&B song that starts with a chaotic synth lead and aggressive slamming drum and transitions into a standard chord progression and drum beats. The song unfolds in a way that it expresses growing rage with explosive sounds. The compelling and sophisticated melody, together with JUST B’s powerful voice, adds to the tenseness of the song. Look out for the lyrics that reflect one’s strong will to defeat the inner rage in order to save oneself trapped inside it.

JUST B, with their unique storytelling ability and remarkable performing skills that make it hard to believe they are rookies, is a rising star in the K-POP industry of 2021. They are returning after undergoing considerable improvement during their brief hiatus of 4 months, and their strikingly fast growth makes it worthwhile for us to look forward to their future.